Gustav Klimt was born July 14th 1862 in Baumgarten, near Vienna in Austria-Hungary, the second of seven children – three boys and four girls. All three sons displayed artistic talent early on. In 1876, Klimt was awarded a scholarship to the Vienna School of Arts and Crafts (Kunstgewerbeschule), where he studied until 1883, and received training as an architectural painter. In 1888, Klimt received the Golden order of Merit from Emperor Franz Josef I of Austria for his contributions to murals painted in the Burgtheater in Vienna. He also became an honorary member of the University of Munich and the University of Vienna. In the early 1890s, Klimt met Emilie Flöge, who, notwithstanding the artist’s relationships with other women, was to be his companion until the end of his life. Whether his relationship with Flöge was sexual or not is debated, but during that period Klimt fathered at least 14 children. 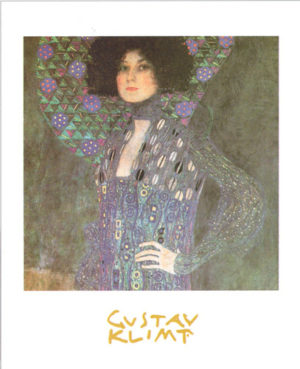 Beginning in the late 1890s he took annual summer holidays with the Flöge family on the shores of Attersee and painted many of his landscapes there. Klimt was largely interested in painting figures; these works constitute the only genre aside from figure-painting which seriously interested Klimt. Klimt’s Attersee paintings are of a number and quality so as to merit a separate appreciation. Formally, the landscapes are characterized by the same refinement of design and emphatic patterning as the figural pieces. 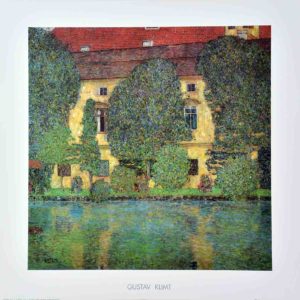 Klimt’s ‘Golden Phase’ was marked by positive critical reaction and success. Many of his paintings from this period used gold leaf; the prominent use of gold can first be traced back to Pallas Athene (1898) and Judith I (1901), although the works most popularly associated with this period are the Portrait of Adele Bloch-Bauer I (1907) and The Kiss (1907-1908). Klimt travelled little but trips to Venice and Ravenna, both famous for their beautiful mosaics, most likely inspired his gold technique and his Byzantine imagery. Between 1907 and 1909, Klimt painted five canvases of society women wrapped in fur. His apparent love of costume is expressed in the many photographs of Flöge modelling clothing he designed. 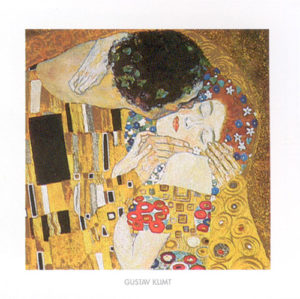 Gustav Klimt died on February 6th 1918 after suffering a stroke and pneumonia following a flu epidemic. He is buried in Vienna.
Klimt’s incredible popularity lives on and his art has sold for some of the highest prices ever recorded such as Birch Forest (1903) for US40.3 million and his portraits of Adele Bloch-Bauer from 88million to 135million.
(Source: http://www.klimt.com/en/biography.html)